I had been here for little under a month when I was granted the great pleasure of having a small part of Paradise under my care. Diego III, is a small 12sqm vegetable plot in Sunseed; managed by the Organic Gardens team. It currently comprises of beds fruiting aubergines, potatoes, and buckwheat as well as the odd pumpkin, now glumly dying off for the winter.

The greatest character of the garden is the soft flowing chime of the ‘Acequia’ (irrigation line) that runs through the village of Los Molinos and adjacent to the plot. It is this system that is used to water the garden using an ancient technique called ‘flood irrigation’. The raised beds are separated by water channels which are filled in order for the dry desert soil to absorb the greatest measure of water possible.

Flooding the garden often seems like a bemusing game one would play on the beach as a child: First blocking off the Acequia with a slate tile, preventing the water from flowing past the garden and filling the acequia as it stands.

Next, the irrigation channels surrounding the beds are blocked off with great big rocks and muddy clay, which will direct the water to the required bed. The muddy clay is collected from the Acequia itself, but one must take care for snakes that hide amongst the debris.

The most exciting part of the process: The cap is taken off the pipe leading into the channels and the water rushes along them, filling them slowly as I watch, spurring on an array of tiny critters who rush from the flash flood, inevitably ascending upon them. I use a rake to clear the channels as the water flows through to prevent fallen leaves, pine needles and other organic matter from blocking the channels as the water pushes out everything in its path.

The plot that is furthest away is flooded first as the pressure is at its most powerful when the cap is eventually taken off of the Acequia pipe. Each plot is then watered accordingly. The removal of shoes and socks is absolutely necessary in order to rake out debris in between beds and to get good and muddy in between toes.

The stones and mud can then be rearranged to lead the water elsewhere until all of the channels have been filled and each of my plants are joyfully singing and dancing. The Acequia is then unblocked, ready for somebody else to cultivate this gift that nature has provided us with and produce some lovely vegetables of their own! 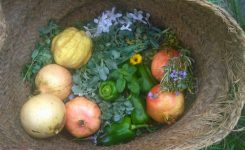 Instead of a closing circle 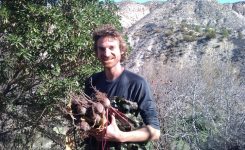 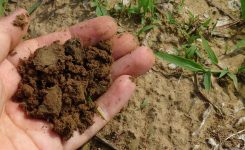 Closing the circle: making your own compost l... 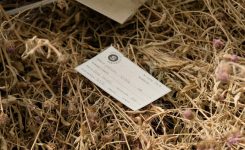 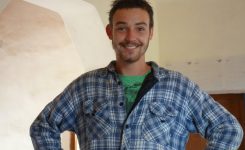